10 Things You Didn’t Know About Austria

So close yet so far away! Austria is a popular travel destination for the Brits. It offers stunning sceneries of rare beauty. We here at SpaDreams have gathered the most favorable facts that make it even possible for fans of the Alps to experience something new.

1. Luxury hotels: Austria can boast of the creation from many new luxury hotels and  resorts due to soaring demand of travelers to the alpine country.

2. The flag: Symbolizes blood, and that of the opponent. The red and white colors are taken from the legend Duke Leopold, who in 1191 was said to have fought a fierce battle in the Third Crusade, resulting him in a blood-spattered tunic with only one stripe of white remaining under his sword belt. This historic event has then inspired him to choose the colors and patterns on the Austrian flag.

3. “Mozart Kugel”: A must try! This sweet and delicious treat all started with the famous master confectioner Paul Fürst in Mozart’s hometown Salzburg. He created these authentic treats by forming small balls of marzipan and coating them in a praline like cream. After that, he dipped them in warm bittersweet chocolate to form an even layer of coating. This shaped the birth of the “Mozart Kugel.”

4. “Ein Achtel”: For wine drinkers, don‘t forget to mention the magic word ein Achtel (an eighth of a liter) which is Austrias most common serving size. Don’t forget to toast by looking the other person in the eye. If not, Austrians consider it as seven years of bad sex.

5. The Vienna Newspaper: Since 1703 Vienna maintains the oldest still-appearing daily newspaper in the world.

6. Austrians are all over the world: Arnold Schwarzenegger, known for his movies The Terminator and the action film series Predator, amongst many others, was governor of California from 2003-2010. Fun fact: He was once married to the niece of former American president John F. Kennedy.

7. Austria has taken the last place in the Eurovision Song Contest more often than France, Italy, Ireland, Russia and the UK – eight times. UK landed 15th place with 111 points in 2017.

8. “Schönbrunn” Palace: Vienna’s Palace, Schönbrunn“ is a necessity for visitors who simply enjoy nature! The gardens on the western side were cultivated in the English style to keep up with the current trends in horicultural design.

9. Vienna Prater Park: Located in Vienna’s 2nd district stands the Amusement Park and the famous giant ferris wheel. The wheel was erected by the British Engineer Walter Basset in 1896-1897.

10. The UK is eight times as big as Austria, in terms of population, and holds something that Austrians would cherish: Excellent Football Players!

If this post intrigued you, and you have always wanted to go to Austria to explore the countless other secrets the country has to offer (or just try out the Wellness Hotels), then find your ideal Spa trip and book it with SpaDreams!

We are looking forward to assisting you in your next booking with us! 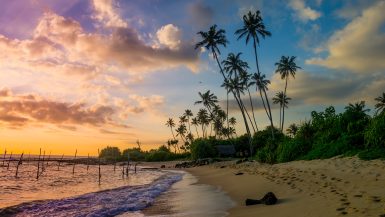